Mallanganee is really the creation of A. J Brown. Writing in the Farmer & Settler magazine in the late 1930s Brown described how Mallanganee evolved in the vicinity of the Sandilands Hotel, operated by Mr. William Ross, on the bridle track from Casino. The hotel had been established prior to 1880 and was named after the local cattle station.

Sandilands Station was owned by Mr. Bruxner after whose son the Bruxner Highway is named.

Brown relates how he purchased approximately 600 acres from the estate of Mr. William Ross in 1905 and operated the hotel. He mentions that apart from a sawmill operated by Mr. T. W. Hewetson there was a grocery store. As trade was irregular Brown engaged Mr. J. B. McDougall of Casino to subdivide 15 acres of his holding into town allotments every one of which was sold.

After originally operating from the hotel a separate post office was constructed and Brown also constructed a butcher’s shop, bakery and dairy.

In about 1940 the route of the Bruxner Highway was realigned onto the ridge to the north of the village and land was resumed to create access from the Bruxner Highway from the east. The village was now deviated and the previously used difficult route up the Range fell into disuse. The plan of Mallanganee made in 1940 shows the new alignments.

At its peak Mallanganee, with a population of 500, boasted two general stores, post office, E S & A Bank, hotel, three churches, a convent plus a catholic and a public school.

Alas, subsequent economic conditions from the 1960s were not favourable. The Department of Main Roads depot closed along with the tick inspection service and saw mill. The decline in population coupled with car ownership and highway improvements led to population decline and closure of the bakery, one general store the public school, bank and convent. Only one church remains of the previous three.

What remains is a quiet village in a picturesque bucolic setting that evokes bygone times. 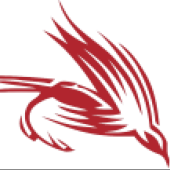